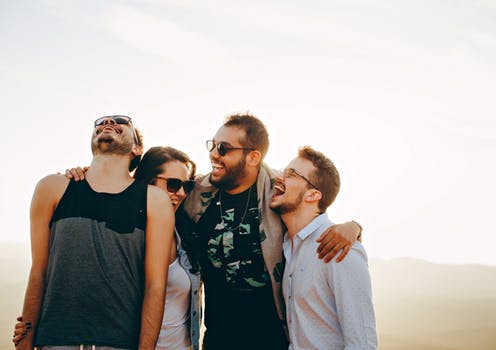 Happiness as a therapy to address depression

Using happiness to save the NHS £271,440 (gross figure) by local GPs not prescribing anti-depressant tablets for 12 months to 120 persons?

Getting into the ‘Happiness Zone’- setting goals for success! Prepared by Gil Pennant

 a loss of pleasure or interest in normal everyday activities

 feeling lethargic (lacking in energy) and sleepy during the day

Symptoms of Depression - from spring, summer and early autumn - can include:

 feelings of unhappiness and hopelessness

 losing interest in the things you used to enjoy

Many people with depression also have symptoms of anxiety and or stress.

There can be physical symptoms too:-

 having no appetite or sex drive

Prescriptions for 64.7m items of antidepressants were dispensed in England in 2016, the most recent annual data from NHS Digital showed. That was 3.7m more than the 61m items dispensed during 2015.

It also represents a massive 108.5% increase on the 31m antidepressants which pharmacies

There are no figures for how many people are being given antidepressants, though, as NHS

Digital do not record that. The 64.7m items were used to treat depressive illness, generalised

overall £9.2bn annual spend on medication of all types. However, that is less than the £291.5m

the drugs cost in 2006, because antidepressants have more than halved in cost from the £9.39

items typically cost a decade ago.

Antidepressants are usually taken in tablet form. Depending on the type of antidepressant

prescribed and the severity of the depression, a person usually has to take one to three tablets

It's usually recommended that a course of antidepressants lasts at least six months, to prevent

the condition recurring when a person stops. However, if a person has experienced previous

episodes of depression, a two-year course may be recommended and some people with

recurrent illness are advised to carry on taking medication indefinitely.

Prozac, Lexapro, Celexa and Paxil — and SNRIs — such as Pristiq, Cumbalta and Effexor.

The programme is a happiness, motivational wellbeing and resilient goal setting course, which

includes trainings and can be followed with one-to-one support sessions. The programme will

give each person a Lifetime Happiness Plan, which will empower the participants for life.

ü Stake in the community

ü Not to take Antidepressants for the 6 months duration of the course; and beyond

ü Responsibility for own success or failure

ü Encouragement to set priorities, therefore limit the time to get involved with